THE BEST SPANISH AND EUROPEAN SOCCER AS DIGITAL REWARD

0
By bplay Posted on December 9, 2016 in BRANDS, CONTENT PARTNERS 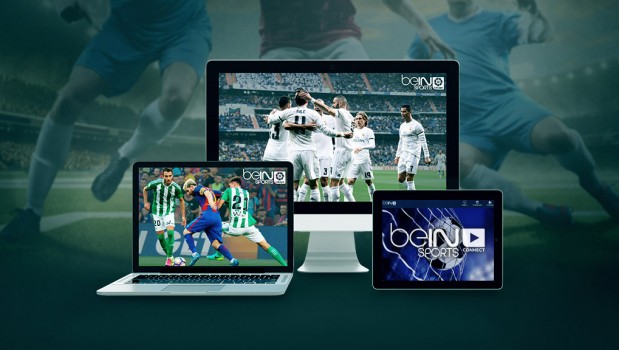 We have taken a step forward in the strategy to include the best content partners in our business model. Thanks to a recently signed agreement with beIN SPORTS, part of Mediapro Group, since last September, B!Play has been offering the best Spanish and European soccer as part of its offer of digital content rewards.

In doing so, B!Play adds one of the most demanded content worldwide to its previous offer, which already included movies, series, concerts, stand-up comedy and videogames, and which are already being used by brands for their promotional marketing and loyalty strategies.

Thus, in January 2016, both companies launched Play&Pizza, the entertainment platform for Telepizza’s customers. Totally branded, multi-device, and one hundred percent customized to the brand’s needs and strategies, Play&Pizza now offers its clients a better consumer experience, adding an entertainment extra to their pizza orders by means of movies, comedy, games and now, since last September, soccer.

Thanks to the integration of both the Play&Pizza and beIN CONNECT platforms, Telepizza’s customers – with a promo code handed out together with their order –will be able to enjoy beIN LaLiga, including 8 LaLiga matches per season, always the Real Madrid or FC Barcelona, the first Clasico and the Copa del Rey as well as BeIN SPORTS with the UEFA Champions League, the complete UEFA Europa League exclusively and the best international competitions; LaLiga 1|2|3 TV including all LaLiga 1|2|3 and finally GOL, broadcasting LaLiga and the Copa open TV matches, two LaLiga 1|2|3 matches, women’s and youth soccer and many more sport disciplines.

Telepizza clearly bets on rewarding its customers with the best Spanish and international competitions, including LaLiga Santander, with El Clasico Barça-Real Madrid, and the Champions League. For the time being, the Soccer&Pizza promo will be available until July 31st 2017 in almost 500 Telepizza restaurants in Spain.

Play&Pizza, which already has more than 100,000 registered users in Spain, adds value to the brand’s digitalization strategy. Hence Telepizza’s 2017 plan including the globalization of this project to the main markets in which the company operates.